A free day to explore the famous Dubrovnik. This place is very touristy and things are mighty expensive. So instead of taking an expensive cable car ride up to the peak to view Kings Landing aka Old Town walls of Dubrovnik, I hiked up instead. It’s free and good exercise too. I also left my bike in the hostel so I don’t have to worry about leaving if in public places. I took the local bus instead to the trail head.
The hike up to the top took me almost an hour with photo stops but it was pleasant. The trail is mostly steep at sections with at least 10 300 m or more long switchbacks before you reach the top. Half way, I bumped into Fumi yet again already done with the top and decending.  The view from the top is fantastic and well worth the hard hike. Decending took only 35 minutes or so.

After the hike I decided to visit the old town and take some pictures. Many many tourist but I did not see any Malaysians this time. You have to pay pay pay for everything include the walk on top of the city walls so I skipped everything and went back to the hostel to cook dinner.

Fumi and I cooked our dinner separately but we had dinner together. Chit chatted a while and also discussed about our route plans for tomorrow. We are both heading to Mostar in Bosnia. It seems that there is an easier route to Mostar and Fumi recommends that we should take that route. I couldn’t agree more. So it will be likely that we will both be riding together tomorrow towards Mostar. We will not reach Mostar as if is around 143KM away but our target is Metkovic which is around 90KM away. We decided to push off around 730am so that we have enough daylight to ride. It’s now getting dark at 530pm and sun starts to set at 430pm. So as I head towards the north not only the day is getting shorter the temperature is also dropping. 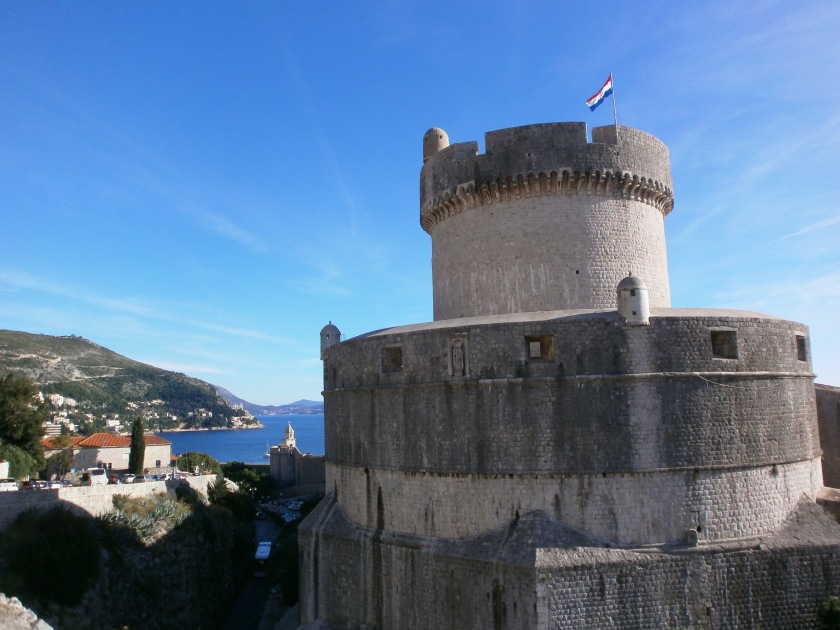 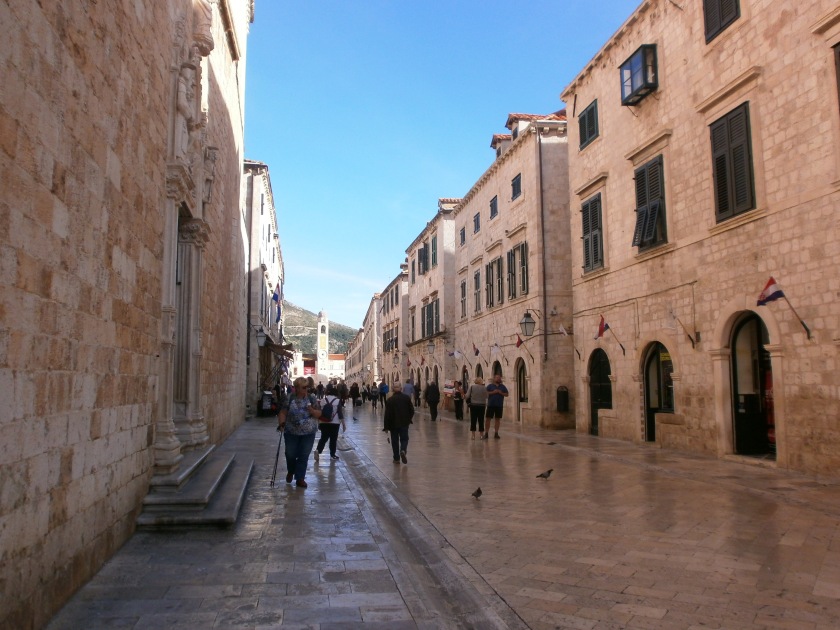 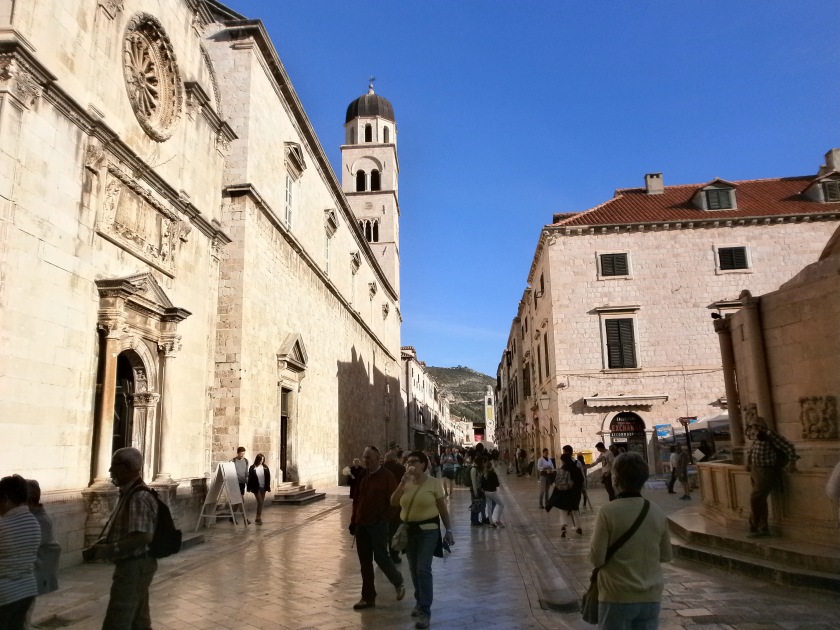 In anticipation of a long ride today, I woke up early and had breakfast before checking out the hostel in Kotor. As I was leaving the old town I bumped into a bunch of Malaysian tourist who wanted to take photos with me. As I did not display my Malaysian flag because it’s broken, I wonder how they knew I was Malaysian. I actually asked one of them and they say I looked like one. Hmm is that a good thing or bad? I wonder.

Anyway 10 photos snaps after I was able to push off. Apparently the folks who took photos with me told me that they are a part of a Malaysian tourist contingent of 3 bus load strong. It seems they are all on a Balkan tour.

I decide to take the shortest route out of Kotor which involves taking a ferry. It was a great choice. Although the ferry ride was short it was fun. It costed me 1 Euro.

After that I continued to hug to coast with some great views of the coast again. The hill climb started as I approached the border control.

Clearance at both sides was smooth and easy. There was hardly any traffic so if was quick.

It was around 46Km after the border control to Kings Landing aka Dubrovnik but it was a hard 46KM. A lot of climbing but downhill was not as many. The last 4KM was a pain with 90 % climbing and just the last KM of so downhill to center of Dubrovnik. My iPhone was acting up and it bricked so I was not able to access my maps to find the hostel I booked into.

I went to a cable car ticket counter and asked if the ticketing lady can help me locate the hostel. I gave her the address and she managed to give me some direction to the hostel.

It was almost 430 and getting dark. The sun now sets around 530pm. As I was stopped at the traffic light I began to look at the physical map that the cable car lady gave me. A passer by motorcyclist asked if I needed help. I told them yes S I was looking for the hostel. They say they know the hostel as they live just next door. So they gave me further directions and I was able to find it without any problems.

When I arrived there was no one except another guess from Mexico. After awhile someone came and checked me in. And then guess who popped up? Fumi ” Killa” !  This is now getting into more than just coincidence.

Later after settling in, I went to grocery store to buy dinner and a bottle of cheap Solvenian wine for 2 Euros to reward myself.

After dinner., I updated my blog and also reply some email messages before turning in for the night.Tomorrow I will explore the old town Dubrovnik aka Kings Landing. 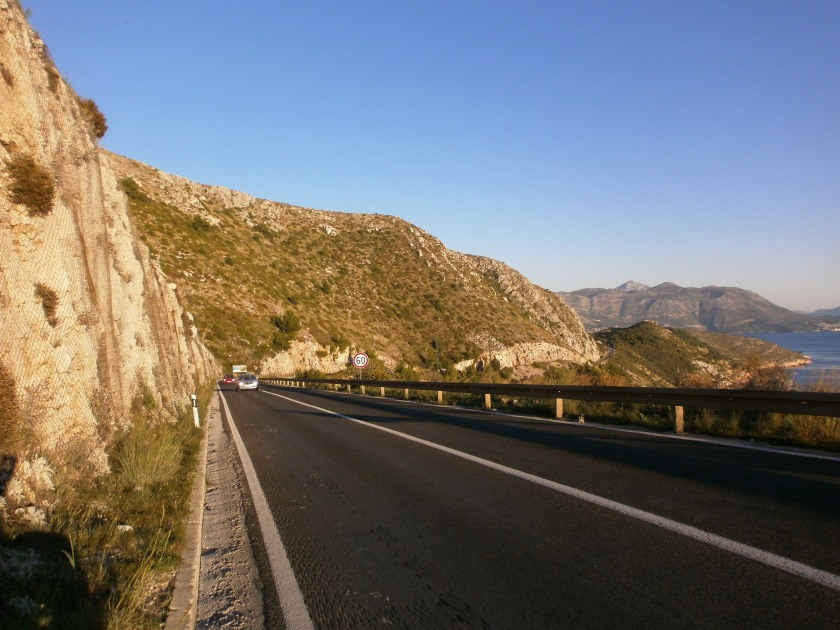 Today is rest day from cycling so I was in no hurry. Had a quick breakfast at the hostel before checking out and moving to another hostel. The reason is the other hostel is cheaper than the current one by 1.2 Euro. 1.2 Euro can buy me a nice light lunch.

After checking in the new hostel, I decided to ride to Perast village about 15KM along the coast of Kotor for lunch and back. It was a nice leisurely scenic ride.

After returning I went to the supermarket to buy something to cook for dinner. Had a simple chicken soup dinner and couple of beers. Later , I did some emails and updating of blogs before turning in the night.

Tomorrow I will head to the Croatian border and then onwards to Dubrovnik. 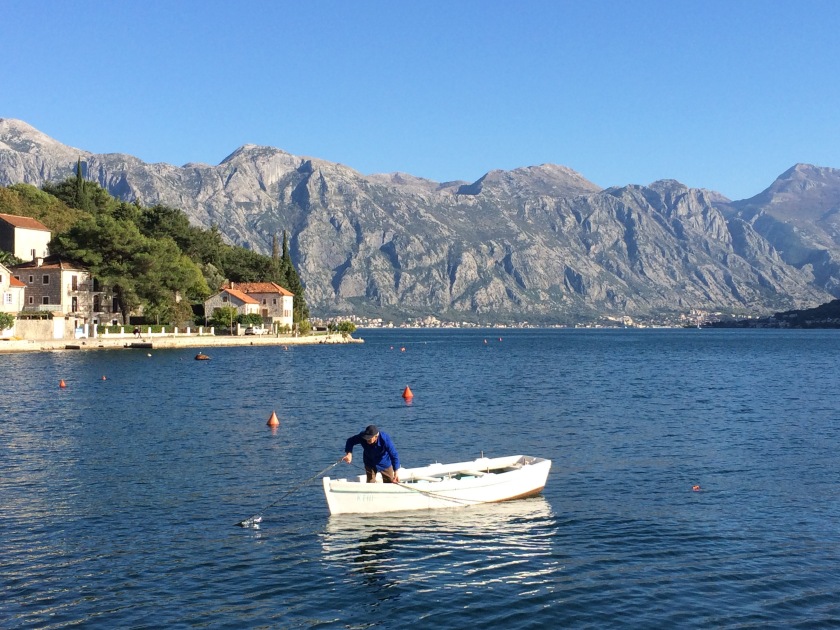