As promised,  here are some metrics for those analytical types.  Total distance travelled is 1,205.30 KM. Cycled 681.7 KM, Ferry 163.6 KM and Ground travel with bus and train is 360KM. Elevation gain and loss? No idea. I guess some up and some down.

You can check out the route map below link and photo attached  Mini Tour of Scotland https://trackmytour.com/z2Rqg

Also below is the picture of the total cost summary of the trip.

My tour officially ends today in Inverness. It has been a wonderful experience. I will blog a recap and review of the ride after this. So do look out for it.

Today, there will no riding but lots of exploring Inverness and the surrounding. I am also doing some research on Social Enterprise and Community based program in Scotland. David who is a Social Enterprise Academy colleague here in Inverness graciously hosted me today to show me around Inverness.

We started with a hearty Highland breakfast of Oat porridge at cafe that is a Social Enterprise. They provide on the job training for youths that are having difficulties in the school system. The profits of the operations goes back into funding its operation and another part goes back to their parent company which is a charity and the profits would be used for charitable causes. That’s what we call a meaningful enterprise.

We really had a full on day, I followed David to pick up his cats from a pet hotel and then went for a walk in a national park Later we pick up the cats again to sent them for a quick check up and subsequently went to visit a Woodland that is community managed and then to have a nice lunch at a cafe near by. David had a meeting with the Highlands and Island Enterprise which is an agency under the Scottish government tasked to promote community programs in rural Scotland. I was able to tag along to the meeting and it was a great experience for me.

I am told that in Scotland the rural areas have the most Social Enterprise per capita compared to urban areas. How interesting.

Statistic shows in rural Scotland there are perhaps less than 1000 people per Social Enterprise vs more than 3000 people for urban areas. Wow.

The bonus of the day was after a chit chat about my touring bike which I bought in Edinburgh, David decide to buy it off me for £120. I am grateful to David for this. So thank you David and thank you for a great day.

Tomorrow I will return to Edinburgh by bus. Will spend sometime to explore Edinburgh some more before returning to Basel on 5th October. 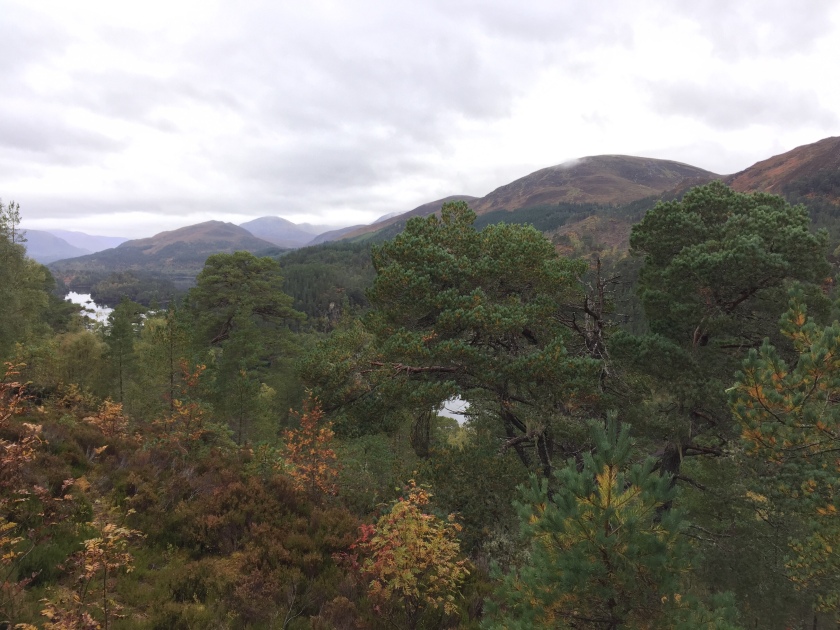 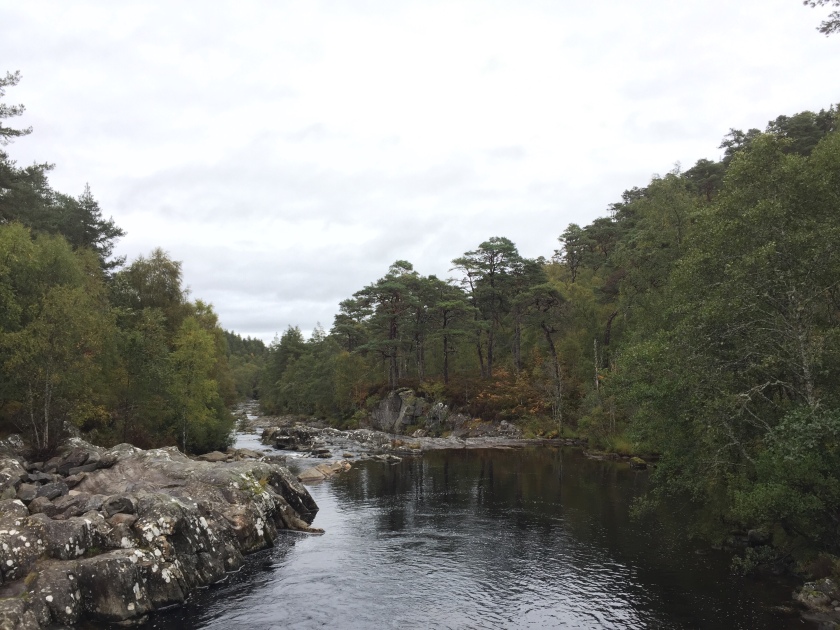 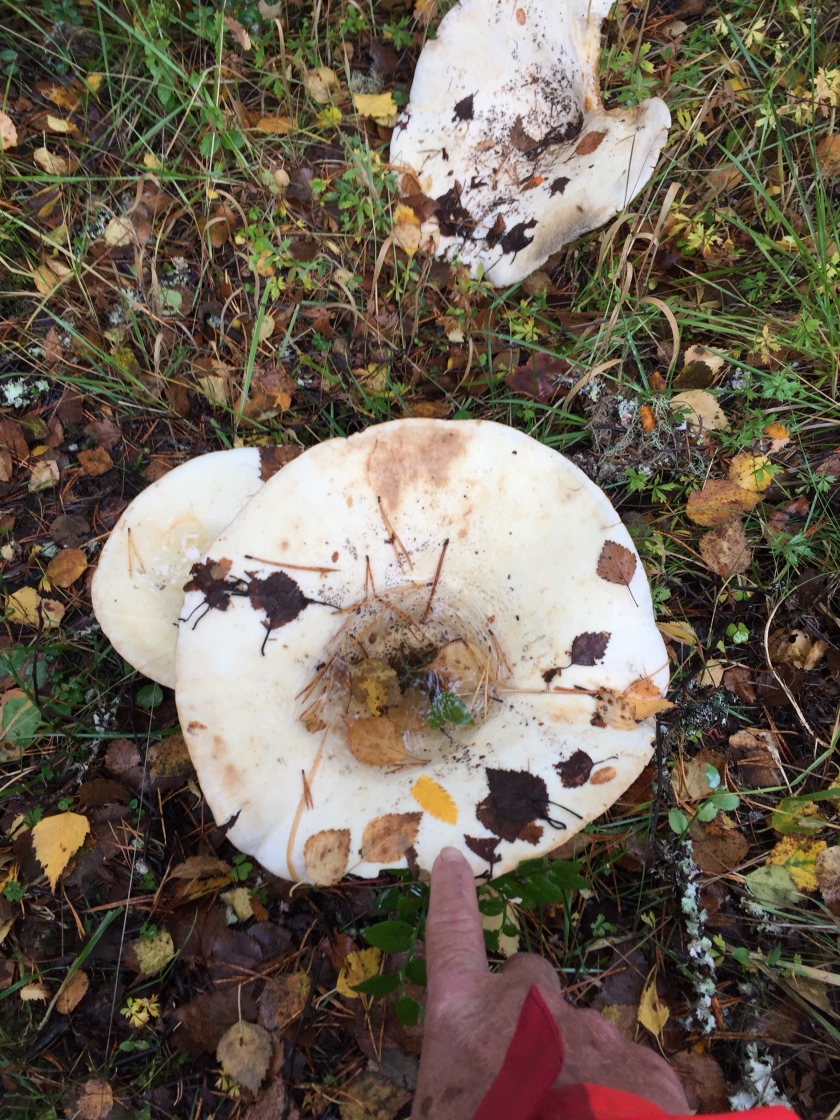 What a great night of camping. Windless and calm. A few drops on my tent not from the rain but rather the moisture from the tree above. The morning started somewhat gloomy but things cleared up pretty fast. I decamp and started on my way to Inverness.

Wow my last riding day today. Already ? Since I have time. I wanted to explore the Great Glen Way but again on checking it out it was not suitable for my load so I decided to keep on the A82 along the Loch Ness.

Overall the ride was pleasant and the weather was good. If did rain a bit but did not last too soon.

Decide to stop at a small village called Drumnadrochit for a hearty breakfast.

Continued along the Loch Ness and had the opportunity to just get down to the lake and touch the famous lake water.

I arrived in The Youth Hostel at Inverness in good time and had to wait awhile before I could check in.

Tomorrow I will be meeting David Bryan who is a tutor for SEA and we will spend sometime out to check out the Social Enterprises in Inverness. 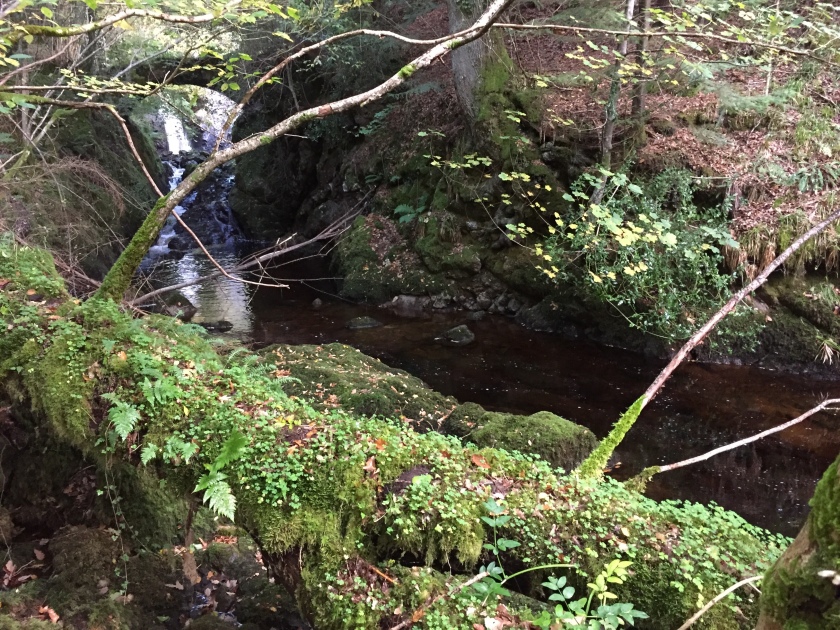 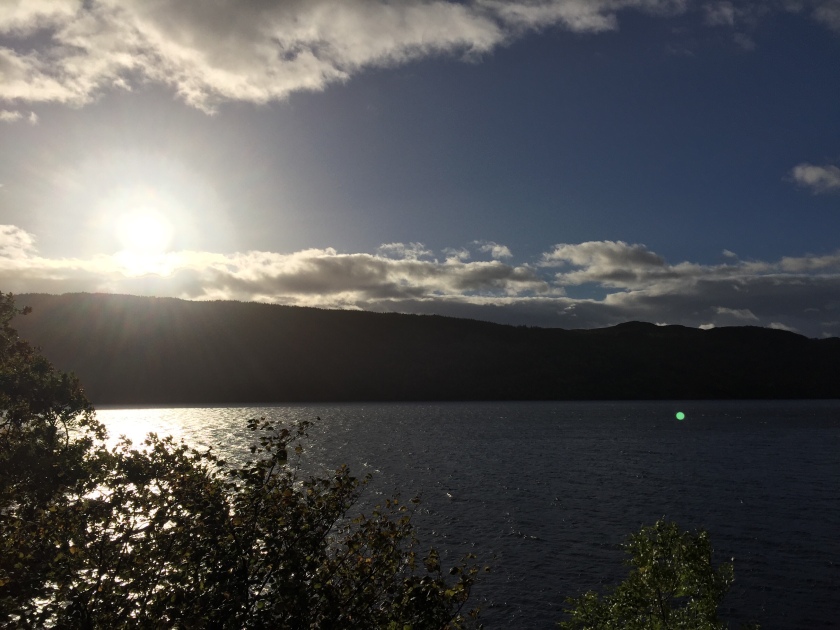 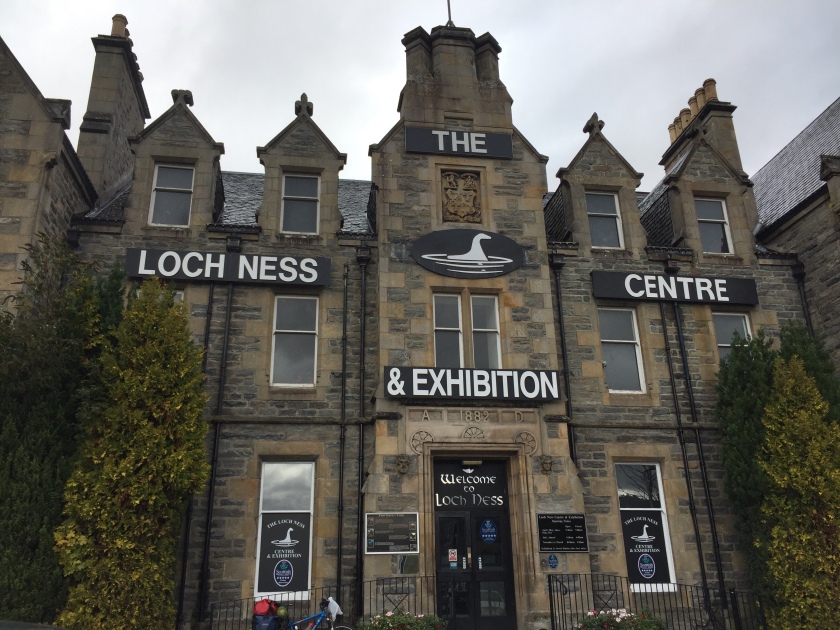 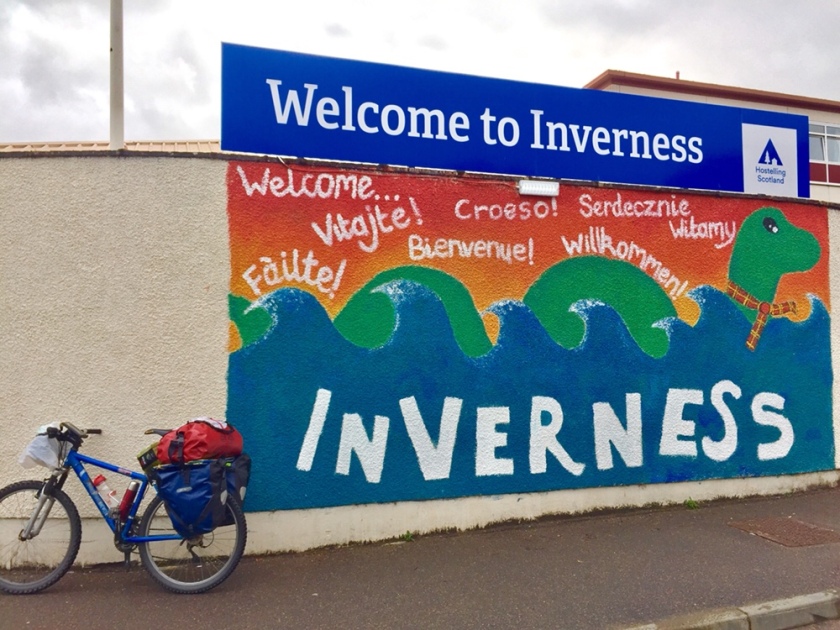 Another crappy start, rain and pounding winds till 930am. It quieten down after that and I quickly took the opportunity to decamp and pushed off. It was light rain so it was not too bad. But after awhile it got heavier but not as heavy as previous days.

I passed by the famous Five Sisters mountain range meandering along the valley. I could make out vaguely how stunning the views were even with the light rain and fog covering most of it. On a clear day it must be spectacular.

It was quite a grind in the beginning but the last 30km was a pleasant blast mostly downhill.

I was hoping to buy some provision at the only store in Invermoriston but it was closed. Luckily I have enough to get me by tonight. I was looking at wild camping tonight and wanted to get into the Great Glen Way route but the climb is way too steep for my loaded bike, so I decided to take the main A82 road instead. The A82 is very scenic as it hugs the famous Loch Ness. Spotted a side road and found a nice spot to camp next to a stream and a waterfall. Nice.

Tomorrow I will try to join the Great Glen Way if I can to get to Inverness.

It will be my last day of riding as I intend to spend a couple of days meeting up with SEA colleague and visit some Social enterprises in Inverness. I also want to try to sell my bike in Inverness. I will leave for Edinburgh on 2nd October and then fly back to Basel on the 4th. 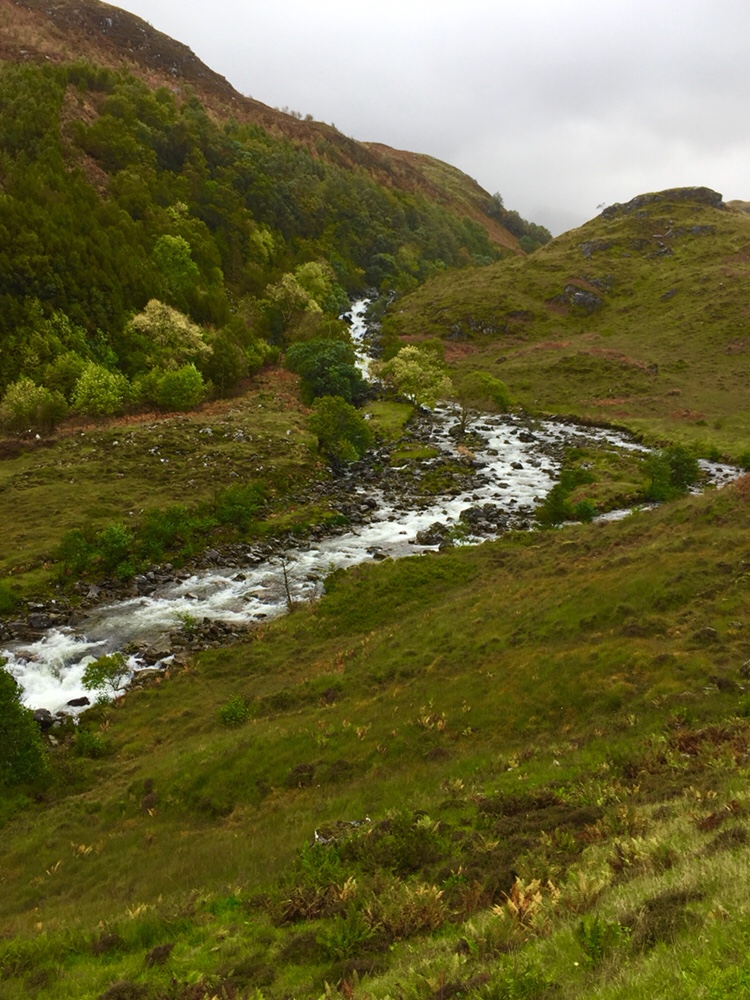 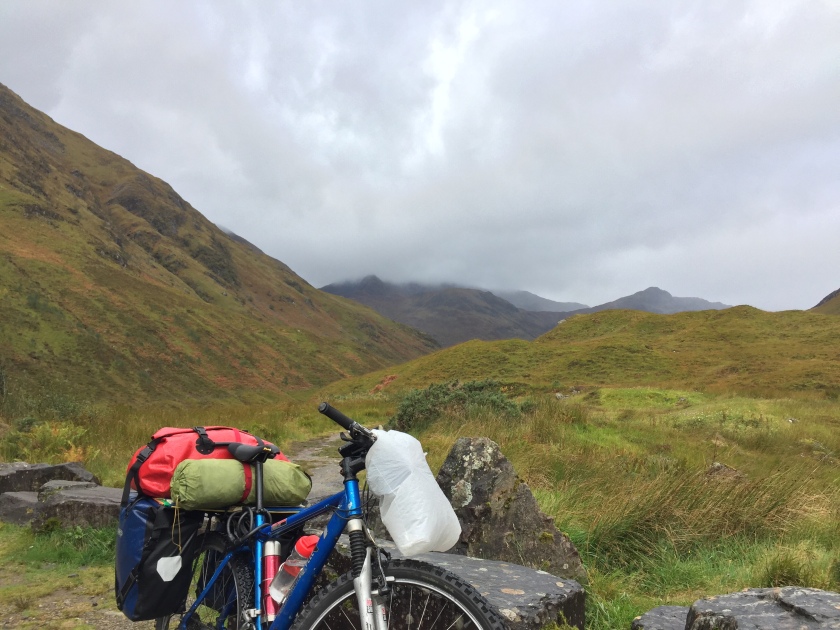 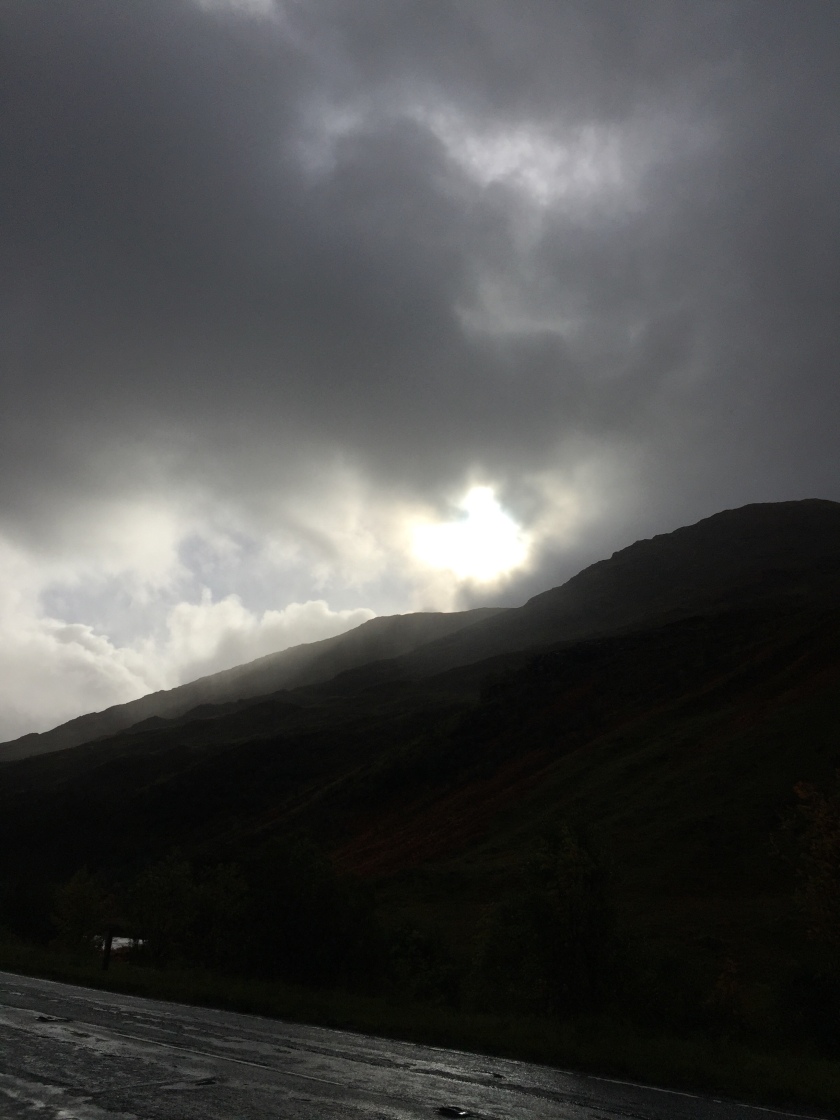 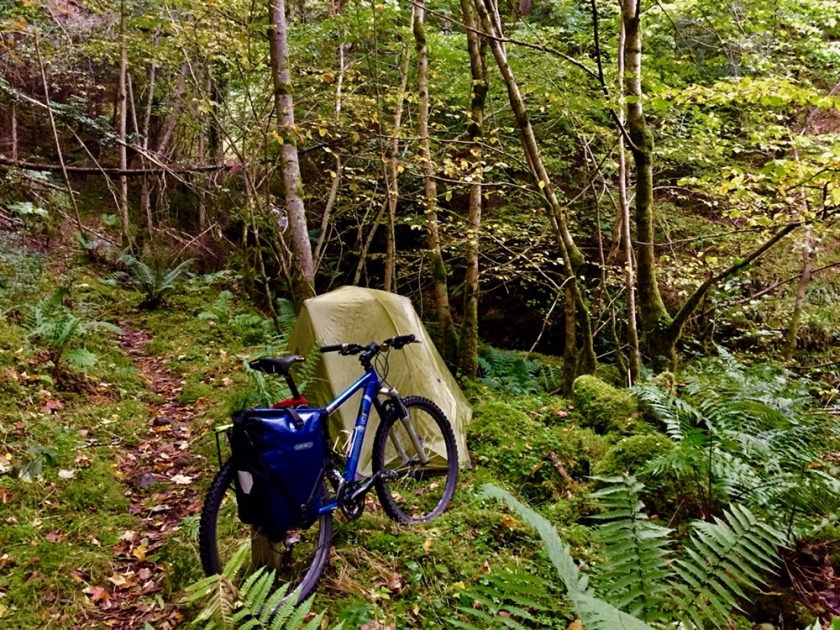