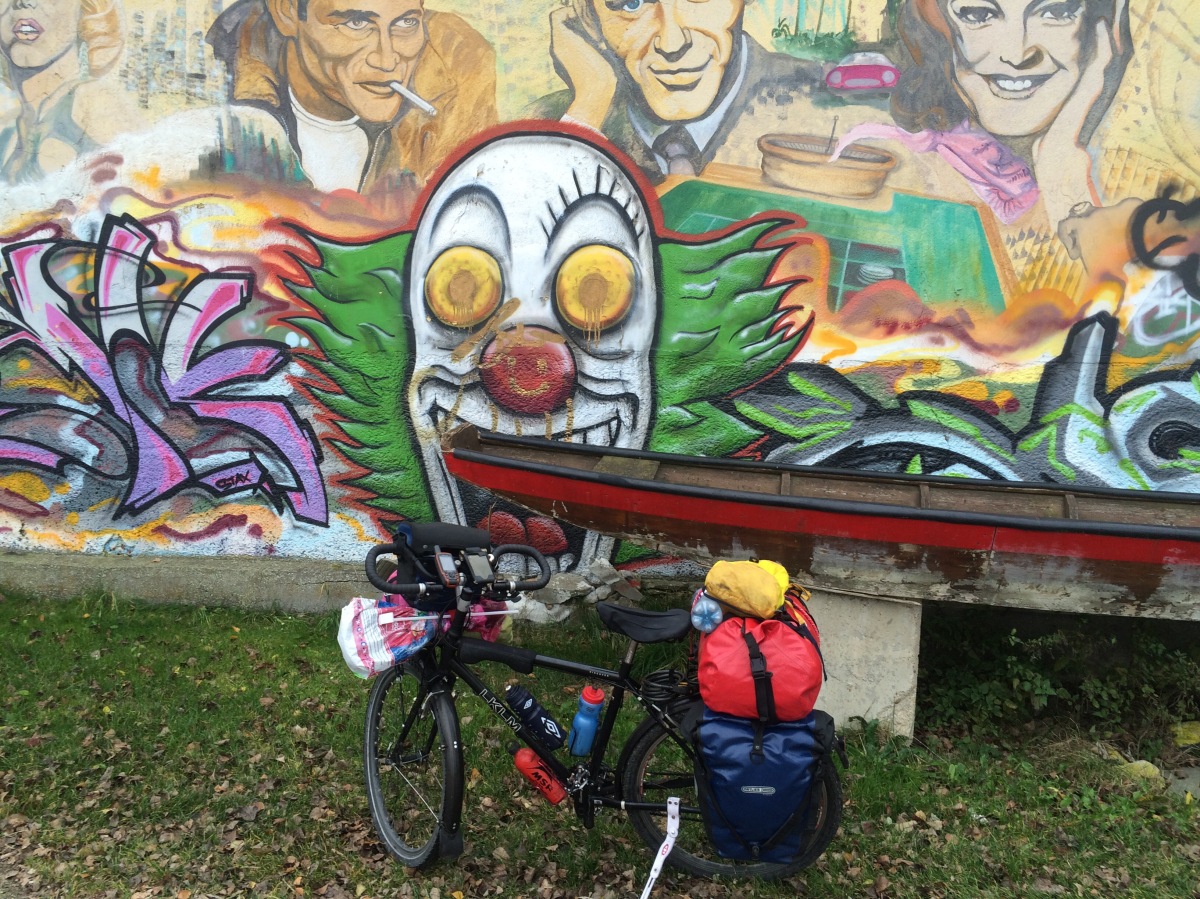 Day one on the Danube bike way also know as Euro Velo 6. Weather is expected to be cloudy and no sun. However it was really more misty than cloudy. No rain though. After cooking me a scrumptious breakfast, Hermi accompanied me downstairs her apartment to show me the way to the Danube bike way. Her place is really very convenient as its around 2km or so to the bike way.

Soon I was on the bike path. As expected the path is mostly flat. Direction signs ade generally good but not the best. I was lost a few times and had to ask for directions. Sometimes I got on the right path by intuition and good guesses. In terms of scenary there was not much to see mostly because it was so misty the whole day.

I came to a point where I need to decide which side of the river to take to go to Krem. This is very tricky if you don’t have a proper map to guide you. You have basically the following choices to cross the river. One is a bridge then a ferry and lastly hydro plants. Ferry is not an option this time as its shut down for the winter so only bridge or hydro plant. If you miss a bridge you might have to ride back or go quite far away to the next crossing. The crossing i came across is a hydro plant. I followed the direction to Krems but because I was itchy backside I ask one of the worker if this is the direction. He says yes but the other side was better. So I followed his advice as he says its bike path all the way and the other one shares road sometimes with car. I kind of felt I made the wrong decision when the distance marker says 28km to Krems where just now it was only 20KM. Then I was on the side of the path that was total deserted and no town in between. But I powered on anyway. I underestimated also the time to get to Krems and it was getting late and will definitely reach only after sunset or close to that. And the final blow came when I reach the bridge to cross over to Krems. You can check out the picture to see why. Took me at least 15 mins there.

Once arriving at Krems I went to a cafe to wait for my host who comes back only after 6pm. His apartment was easy to find. After meeting up, we chit chatted. Robert , my host works at IT support for a company that does GST tax refund settlement. His company has teams both in Vienna and Singapore. He commutes daily to Vienna from Krems to work. Robert is also a Vegan. He cooked a simple vegan dinner or cabbage and pasta and potatoes and after dinner we call it the night as he has to get up at 5 am to go to work. He says I can stay at the apartment for as long as I want and just drop off the keys in his mailbox when I leave.

Tomorrow I will ride towards Linz.

I am an avid cyclist that loves mountain biking, bike commuting and most of all bicycle touring. I am a freelance leadership coach and hope to inspire others through my cycling adventures. View all posts by krankster